Last year I haven’t been listening to a lot of music. When I was still working in the archive, I put Billie Holiday, 1940s swing and some Judy Garland or Doris Day on. It’s relaxing and helps with the boredom that sometimes comes with repetitive archive work.

Apart from that, the songs I remember listening to more often are:

What are you most looking forward to?

Like most people, on some level, I’m most looking forward to getting vaccinated and, at some point, getting rid of wearing a mask. I fully understand the necessity at this point, but it’s exhausting having it on your face all day. Anyway, that might not happen before autumn this year or even later.

What I’m actually most looking forward to is Comic Con. It was cancelled twice last year and I’m on withdrawal. Seriously, those two days are always a natural high to me. I rarely feel as comfortable and happy anywhere else. So: Comic Con, fellow crazy people, cosplay, toys, panels – I miss you!! 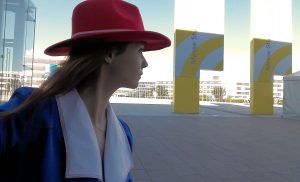 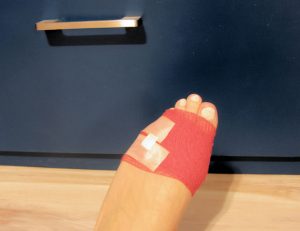 Yes, I broke my toe. By walking into the door frame no less. I don’t know which is worse – the pain or the embarrassment. Probably the latter. What are toes good for anyway? For balance and walking, I’m told. Only mine don’t quite seem to be aware of that, otherwise they would have known to avoid that door frame. Useless appendages! 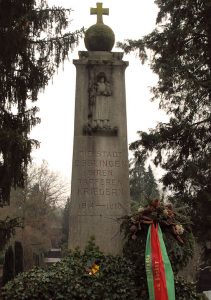 Baptist belonged to my mother’s side of the family. This is pretty much all we know about him.
We couldn’t find out where he is buried yet. So today we went and left some flowers
at the memorials in Esslingen. 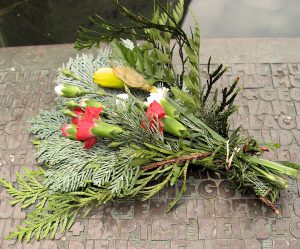 Let’s try the blogging thing again, shall we? As 2015 was an eventful year – and I could have written dozens of posts … maybe I will catch up on them – I will list the most notable events.

⇢ Car is now officially a classic car! It is 30 years old. Car has been with my family all this time, it has been a part of life changing events and is a beloved companion. We celebrated by participating in a classic car meeting and race. 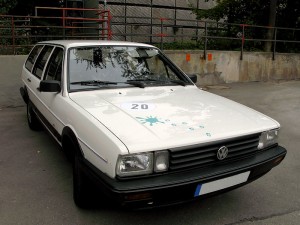 ⇢ Visited Kassel in Germany where I took part in a convention on historical cemeteries and gave a talk on a local cemetery. More pictures of my trip can be found on flickr. 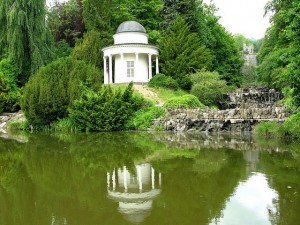 ⇢ Published an article – it is good to be a published scholar.

⇢ Was accepted at the University of Leicester in England and was granted a scholarship (thankfully! and it’s still ridiculously expensive).

⇢ Had my third nervous breakdown at Heathrow Airport – the most terrible place on earth.

⇢ Had my first phone conversation with a native English speaker. And it only took me 22 years of learning English to get there.

⇢ Rode in a British taxi for the first time.

⇢ Visited Richard III’s tomb. Have become a loyal devotee. The King Richard III Visitor Centre was also a fantastic place to visit. (On the picture below, you can see my hairy haggis from Edinburgh ) 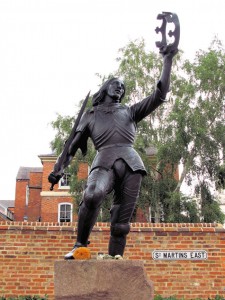 ⇢ Had a lovely talk with a volunteer at Leicester Cathedral. Still, nothing beats the chance meeting with the WWII RAF veteran in London (“The last time I saw a German, I was flying an airplane and dropping bombs. It’s so good we have peace now.”). He was the coolest!

⇢ Went to the theatre in England for the first time and saw “Mr. Holmes” with Sir Ian McKellen. Highly recommended!

⇢ Fell in love with the tv show “M*A*S*H*” (and got the complete series on DVD).

⇢ Saw The Alan Parsons Project live for the second time – which was awesome. 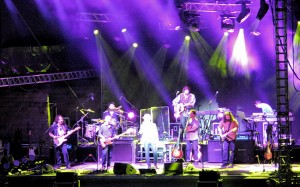 ⇢ Saw a screening of the “Hamlet” production with Benedict Cumberbatch. It took me more than two hours and three trains to get there. The things you do… I’m still proud of myself for not murdering anyone in the audience. How can you not know “Hamlet”?! It’s my favourite Shakespeare play. I’m glad it was dark as I was sitting there like a child experiencing Christmas, Easter, Halloween and a birthday party at the same time. 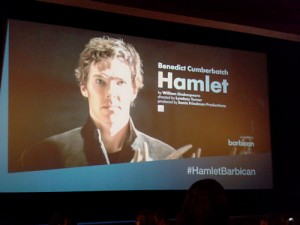 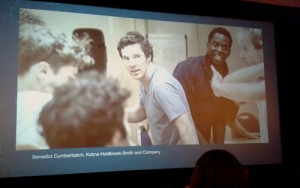 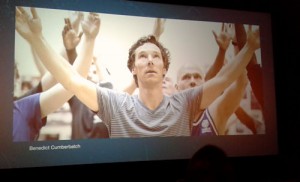 ⇢ Continued to earn some (very little) money by working as an English tutor. I admittedly enjoy it a lot, most of the time. Last month I was told I had managed to make one of my students go from “English is there to torture pupils” to actually enjoying English.

⇢ Had a rather perfect Halloween with countless pumpkins, fake blood, trick or treaters and Vincent Price movies. I really need to sort through the tons of pictures I always take on Halloween.

⇢ Got a part-time job at a museum archive until March. Better than nothing. And I hope I enjoy it a bit.

⇢ Had a peaceful (snow-less) Christmas. Santa brought many gifts. For example: “Justified” season 1 & 2, the books “Digging for Richard III” by Mike Pitts, “Carrying the Fire” by Michael Collins and “Failure is Not an Option” by Gene Kranz, a London poster, the official Queen calendar and a colouring book for grown ups. 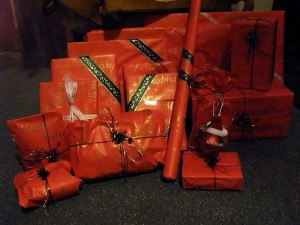 Despite various things that did not go as planned at all, I have to say that 2015 was a good year. That, of course, makes me scared of 2016. My biggest wish is for my family to stay as healthy as possible. Also, a job would be nice. And maybe an idea for my master’s thesis.

Between July 23rd and August 1st, the European Baseball Championships 2010 took place in Germany, in the cities of Heidenheim, Neuenburg and Stuttgart. I adore baseball and ordered my ticket for the final game on August 1st, 2010 already in February. Being able to watch an actual, official baseball game was a dream come true for me. Of course, I still long to see a baseball game in the United States, in one of the big stadiums, but the EM here was the closet thing I could get for now – and I enjoyed it immensely!

The weather was kind for a change. It had been raining the previous week, but on this Sunday there wasn’t any rain in sight. When the sun wasn’t hiding behind some clouds – I was so grateful for those clouds – it was unbelievably hot. I wish I had taken a hat with me. And I wish I had remembered to use sunscreen…. I actually ended up using the ticket as fan, I don’t think I would have survived otherwise.

I don’t think I can provide a good report about the actual game. While I usually tend to think I have understood the basic rules, some of the events left me quite confused. Suffice to say that the Italian national team won agains the Netherlands with 8:4. The German team won bronze. To me, the Italian team seemed to be better – or at least somehow more energetic and focused – right from the start. Although the first home run I have seen in my life was scored by the Netherlands. I think Italy had at least two home runs. The Netherlands tried to catch up with the Italians during the eighth inning, that’s when it got exciting again.
Since this was my first baseball game I wondered….is a game always this long? They were playing for more than three hours. And a lot of the time, nothing much was happening. Is it normal that you get to see a gazillion (sorry, it felt like it sometimes, I can blame the weather) strikes? Or that a runner rarely gets past the first base? Still, I’m not complaining, it was a great experience and I am very happy I was able to be a part of it. The atmosphere and the audience were great. Of course, there was lots of music. Admittedly, I thought if they had been daring, they would have played “Wild Thing” at least once. Maybe that’s too obvious and lame, I don’t know. They had “Rocky” and Queen, that was fun as well.

Casualties: one baseball bat, three baseballs, my arms (sunburn) and my ears.
Small price to pay though.

One of the best things was that I was able to take a lot of pictures! I liked how some of them turned out. You can click on them to make them larger. Ready?
END_OF_DOCUMENT_TOKEN_TO_BE_REPLACED

My name is Evie. Skywalking[net] is my blog.
One of of these days, it's even going to be interesting. I'll make a point of it right after the revolution...